With over 390 million plant specimens collected by thousands of botanists over nearly five centuries residing in over 3,000 collections worldwide, herbaria (collections of preserved plant specimens) comprise an enormous resource for understanding the world around us. Herbarium specimens are receiving unprecedented attention due to recently developed methods, new perspectives, and perhaps most notably, their increased accessibility through widespread digitization. While the longstanding functions of herbaria rooted in taxonomy and systematics remain critically relevant in modern research, herbarium data are increasingly used in unanticipated ways. A major aim of my research seeks ways to increase the research value of museum specimens, enhancing traditional uses and developing new uses altogether.

​We are rethinking the way new specimens are collected, in addition to how existing specimens are used in research. My research program uses specimens as spatially, temporally, and taxonomically rich sources of phenotypic and genotypic data.

Ecophysiology of the herbaceous layer

The seasonal timing of biological events such as leaf emergence, flowering, and fruiting is especially critical for forest wildflowers that rely upon high light in the spring, before being shaded out by trees. Our research in the northeastern United States demonstrates that the timing of leaf out for overstory trees advanced at a faster rate than understory wildflowers in response to warmer spring temperatures over the past 150+ years. This climate change-induced phenological mismatch between overstory trees and understory wildflowers has already significantly decreased understory wildflower plant carbon budgets and is projected to cause further performance declines in the coming decades. In addition to climate change, our forests are increasingly invaded by non-native shrubs with extended leaf phenology (early leaf out in spring and/or late leaf drop in autumn), forming dense canopies that further reduce understory light levels. We are studying the impacts of increased shade on forest wildflowers, the biological mechanisms explaining different phenological responses of trees, shrubs, and wildflowers, and how these phenological mismatches may differ across latitude and different temperate forest floras of the world.

The globalization of human activities has resulted in the movement of plants around the world, with ecological impacts of serious conservation concern. This ongoing reshuffling of species serves as one of the largest unplanned experiments in ecology and evolution. Intuitively, it appears paradoxical that non-native species, with no opportunity for local adaptation, can exhibit greater fitness than native plants with this advantage. Our research seeks to explain what traits or strategies make invasive species successful, and whether invaders follow different physiological tradeoffs than native species. The success of native and invasive plants in eastern North American forests intersects with other aspects of environmental and ecological change, including novel species interactions, deer overabundance, climate change, and habitat degradation. Our research focuses on several invasive species of concern in the Pittsburgh area and beyond, especially in forests, including allelopathic garlic mustard (Alliaria petiolata) and Japanese, giant, and hybrid knotweed species (Reynoutria spp.). While much of these comparative ecophysiological studies are couched in terms of biological invasions and conservation, at the core of my research is understanding why plants from different regions of the world might function differently, despite similar present-day abiotic conditions. Current theories on the evolution of plant function assume strong global convergence in resource use strategies, yet many invasive species do not follow the same tradeoffs as native species. 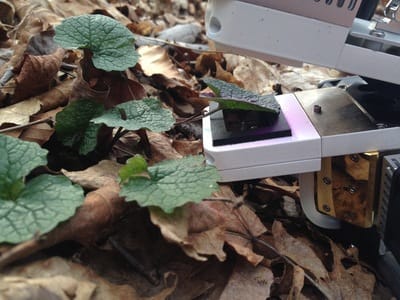 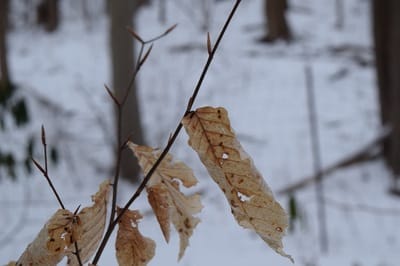 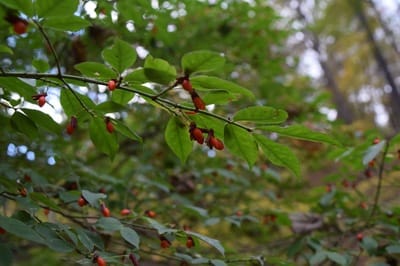 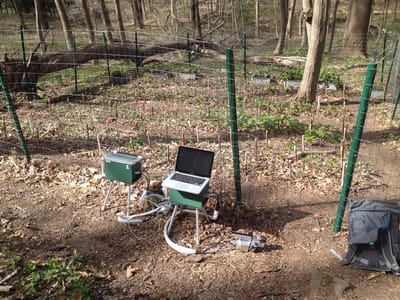 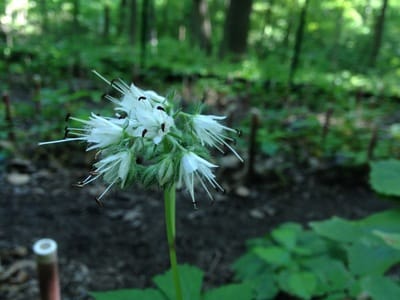 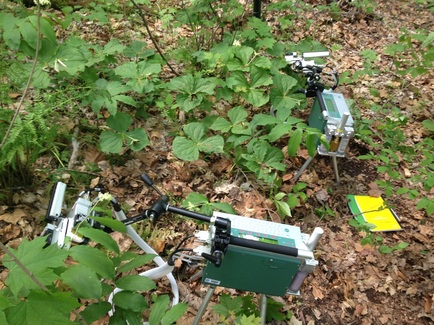